Hey! Check this out

It's a monophonic, analog, square-wave synthesizer, and I'm calling it... OKAY!

With a name like "OKAY" you might guess that functionality is intentionally limited. There’s just one octave of keys, a volume/power control, and an octave rotary switch to select from six different octaves. But what the OKAY lacks in features, it makes up for in accessibility; it uses standard, off-the-shelf electrical components and can be put together in about an afternoon.

Unlike the F0 which had a store-bought box, the OKAY is entirely 3D-printed beyond its electronics. The enclosure, keys, speaker grill, and everything else were all designed in OpenSCAD and lovingly printed on a Prusa i3 MK2.

The 3D models are available on Thingiverse and MyMiniFactory. 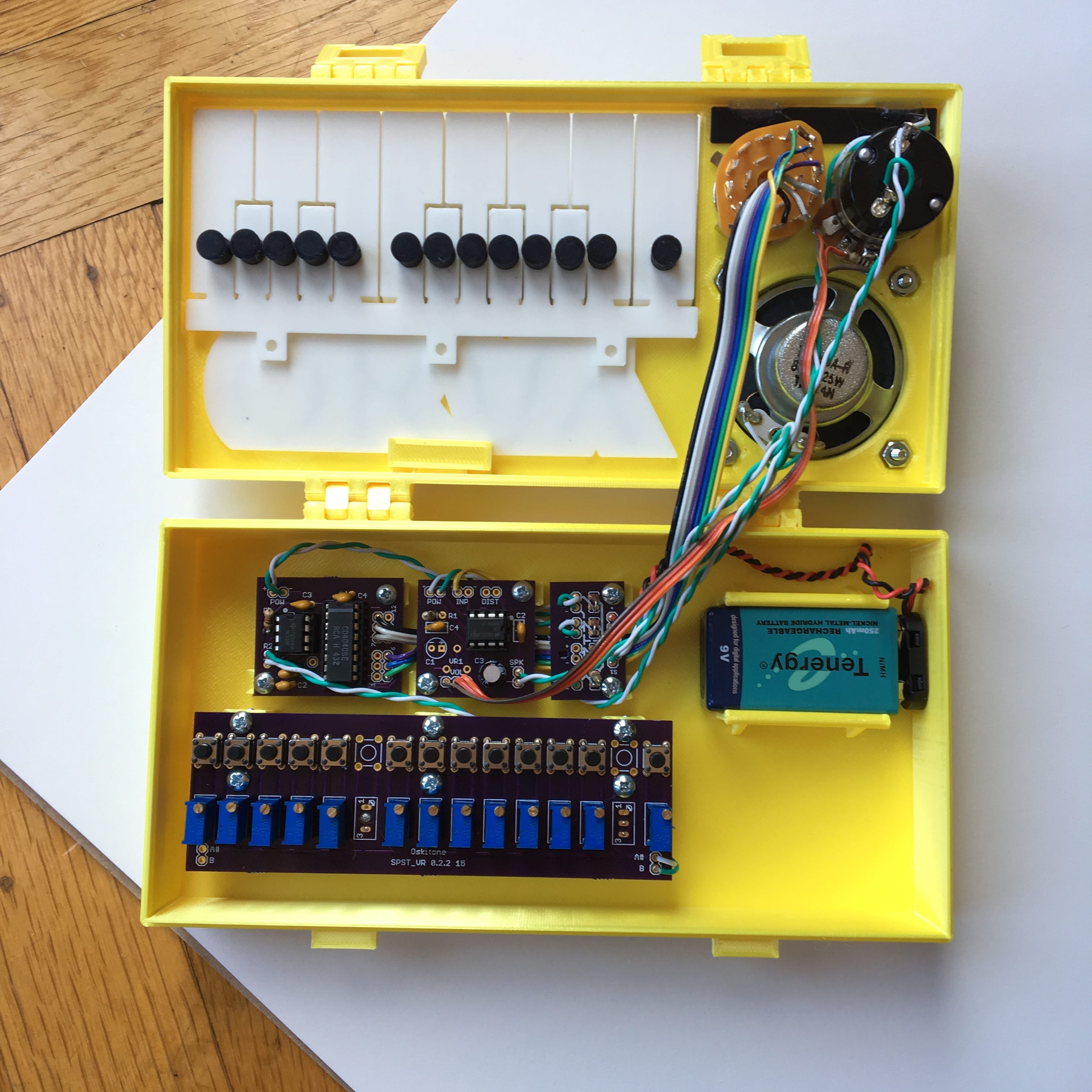 Under the hood, it’s powered by an LM555 timer (astable mutlivabratory), CD4040 ripple-carry binary counter/divider (frequency divider), and an LM386 power amplifier. All are the standard circuits you'll see diagramed in their datasheets.

The 555 timer chip is the heart of the OKAY and was chosen for its ubiquity. It’s well documented, well loved, and has been around forever. It’s so omnipresent that it’s hard to talk about any kind of timer circuit without somebody saying “Just use a 555!” 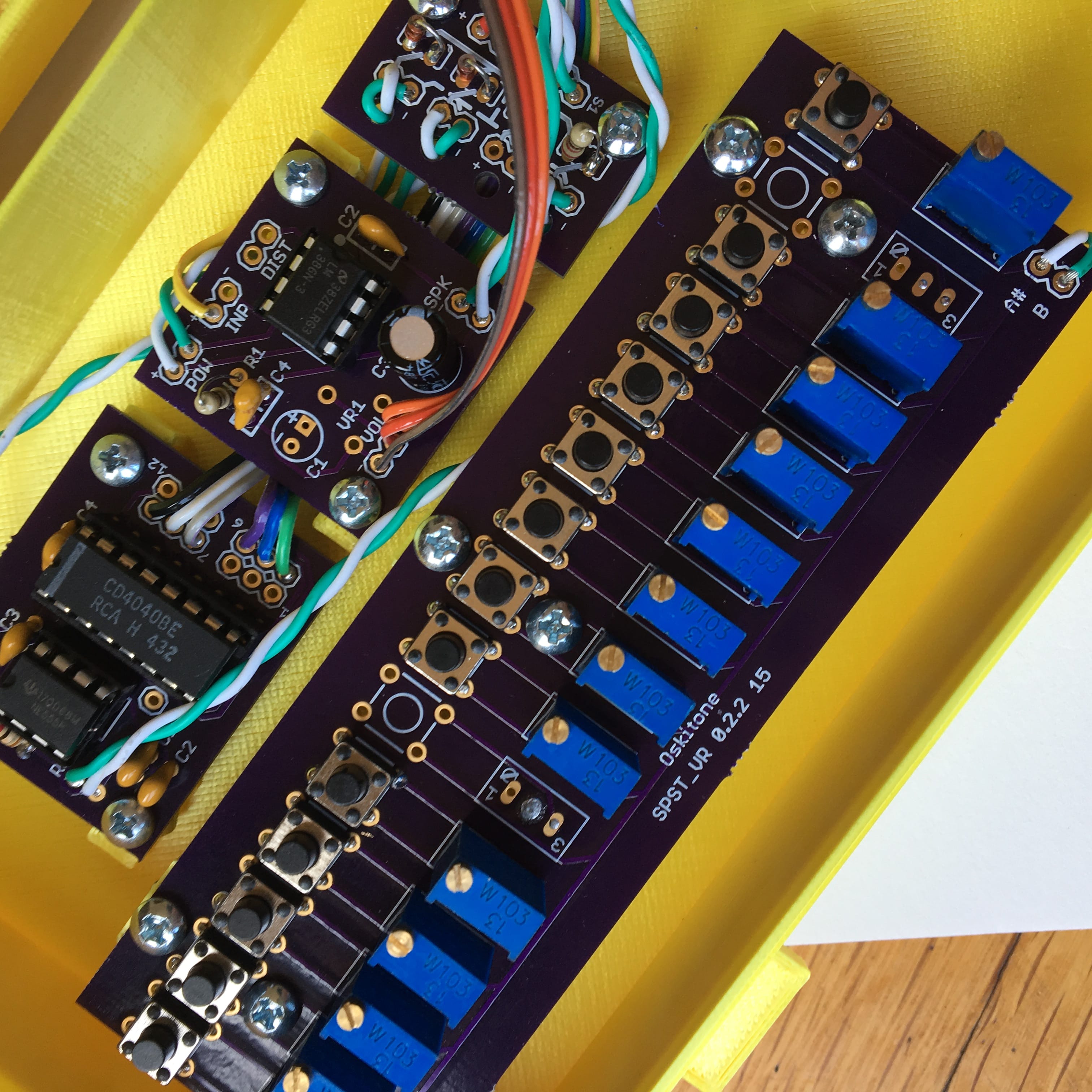 The OKAY employs a modular approach to its PCBs. Instead of one monolithic board, the instrument’s tasks are split into four smaller boards, each with their own responsibility. (I’ve used this approach in my other instruments too: F0, Chord Synth, POLY1.)

What that modularity loses us in assembly speed it gains us in clarity, extension, reuse, and hacking.

The OKAY isn't just its electronics. I put a lot of thought into its design: 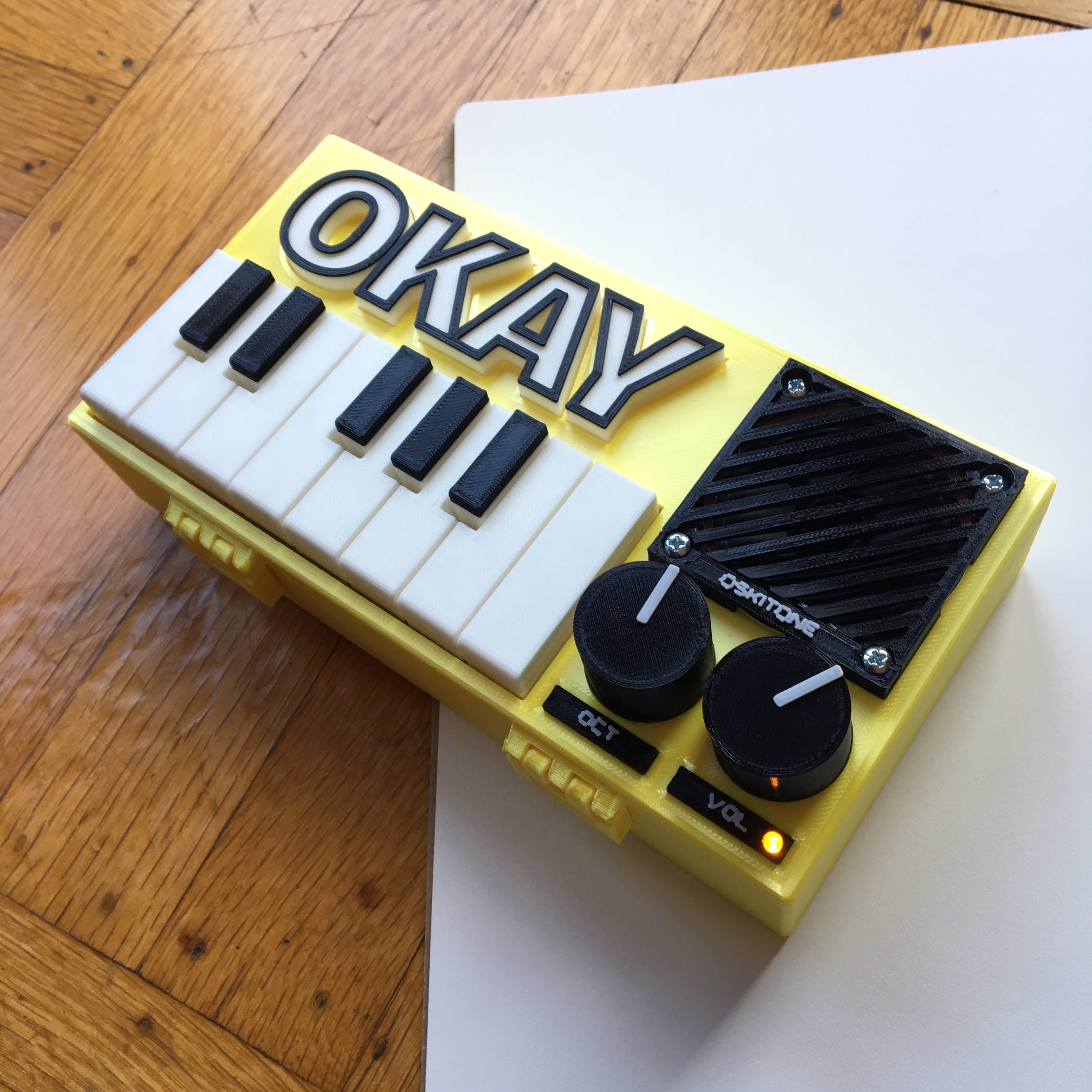 You can purchase the OKAY right now at oskitone.com. It comes in three flavors:

I hope folks like the OKAY, because there's plenty more planned:

Follow along via Instagram, Twitter, or email to learn when the OKAY updates. As a token of gratitude, please enjoy a video of two early model OKAYs having a duet:

OKAY Duet from oskitone on Vimeo