The long awaited Oskitone OKAY 2 Synth is finally done and ready to share! It looks like this: 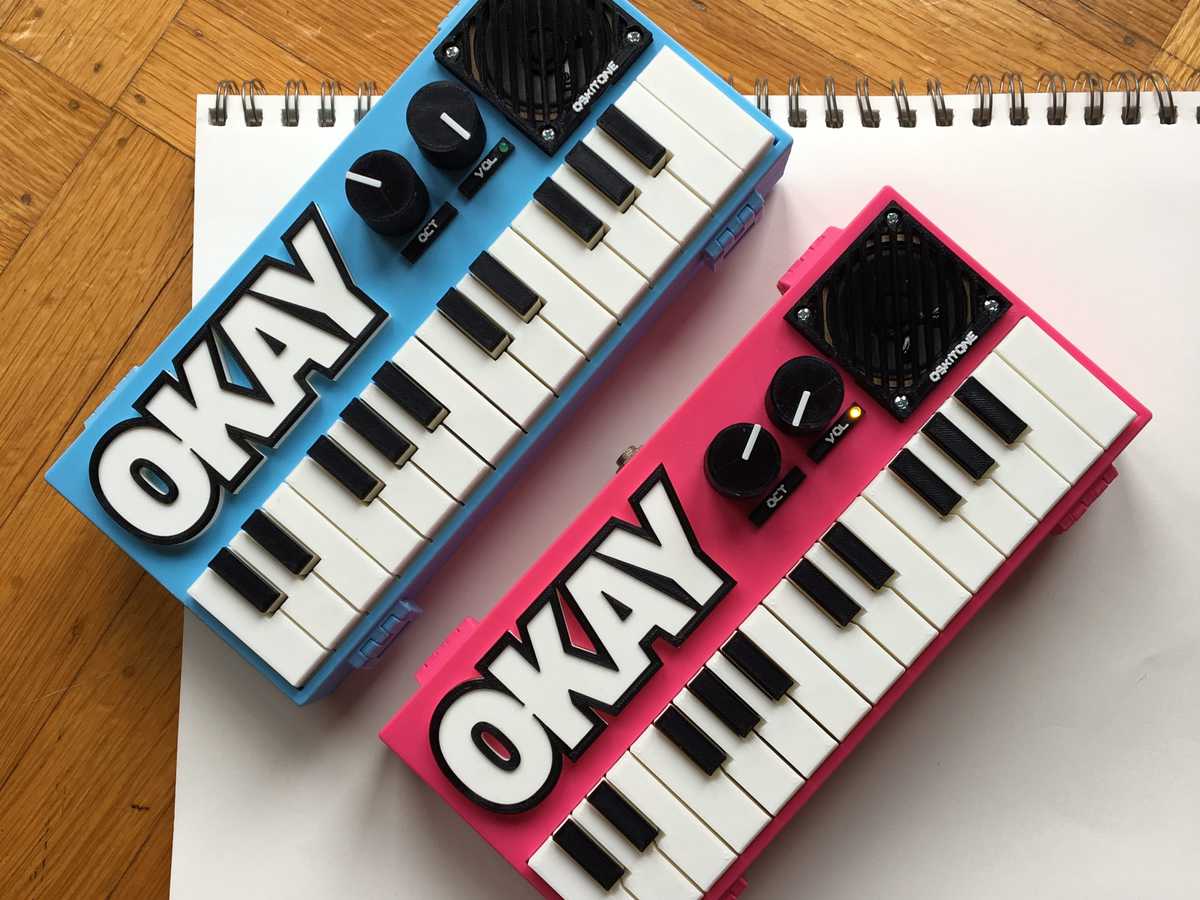 Just like the first OKAY Synth, the OKAY 2 is an analog, monophonic, square wave synthesizer. It uses the very same modular PCBs, octave and volume controls, and speaker as the OKAY 1, and all of it was designed by me in OpenSCAD and EAGLE as usual.

The biggest noticeable difference is that it now has two octaves of keys instead of just one!

Of course, there are less noticeable but still important changes: 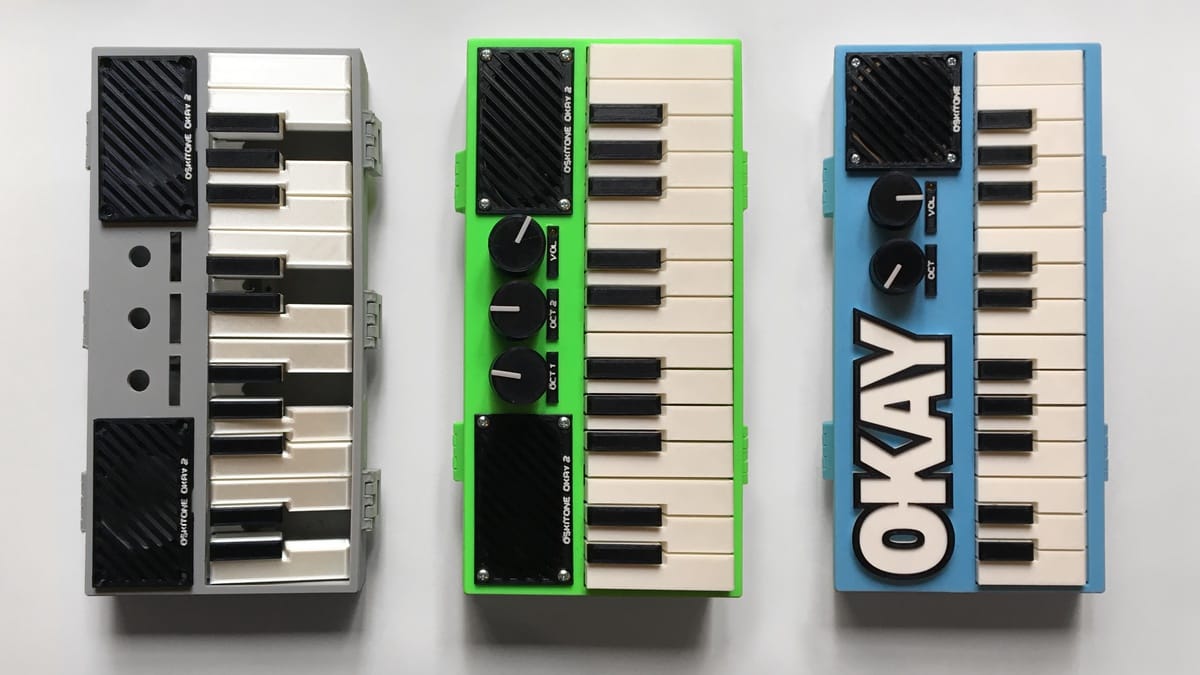 Prototype builds: draft print with longer/broken(!) keys and two speakers, the same design assembled and not totally broken, and the aaalllmost final design

Dieter Rams said "Less, but better." It wasn't always an easy decision, but here's what the OKAY 2 doesn't have:

Making an OKAY 2 Synth from oskitone on Vimeo 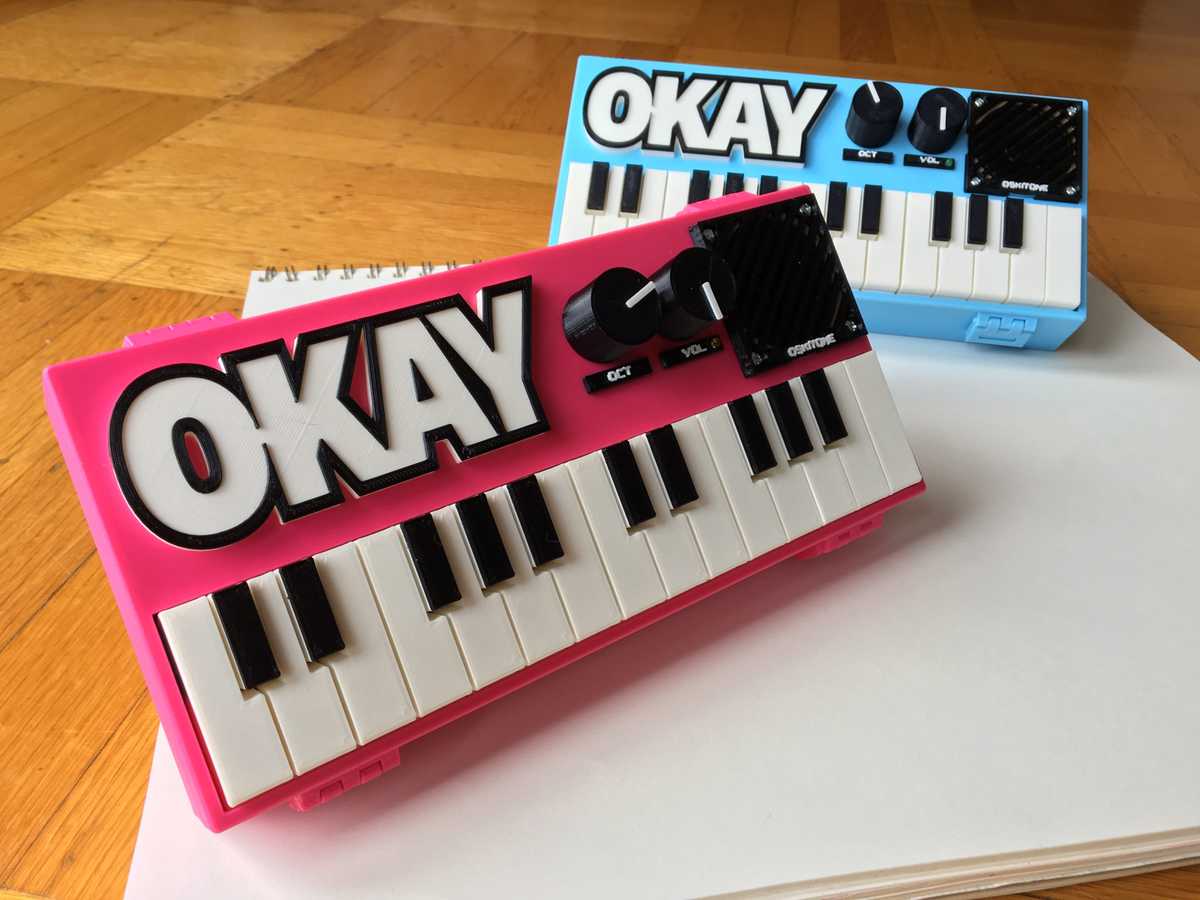 Now available at Oskitone.com, fully assembled or as a DIY soldering kit, available with and without the 3D printed parts.

The STL model files are on Thingiverse.

On the day I put the OKAY 2 on the store, I gave my first ever real life elevator pitch at a meetup called the Hardware Developers Didactic Galactic!. I wore my most confident shirt and was really nervous but I think people liked it. There's no video of my 2min talk but I did get a nice video on Twitter from just after the main talks. 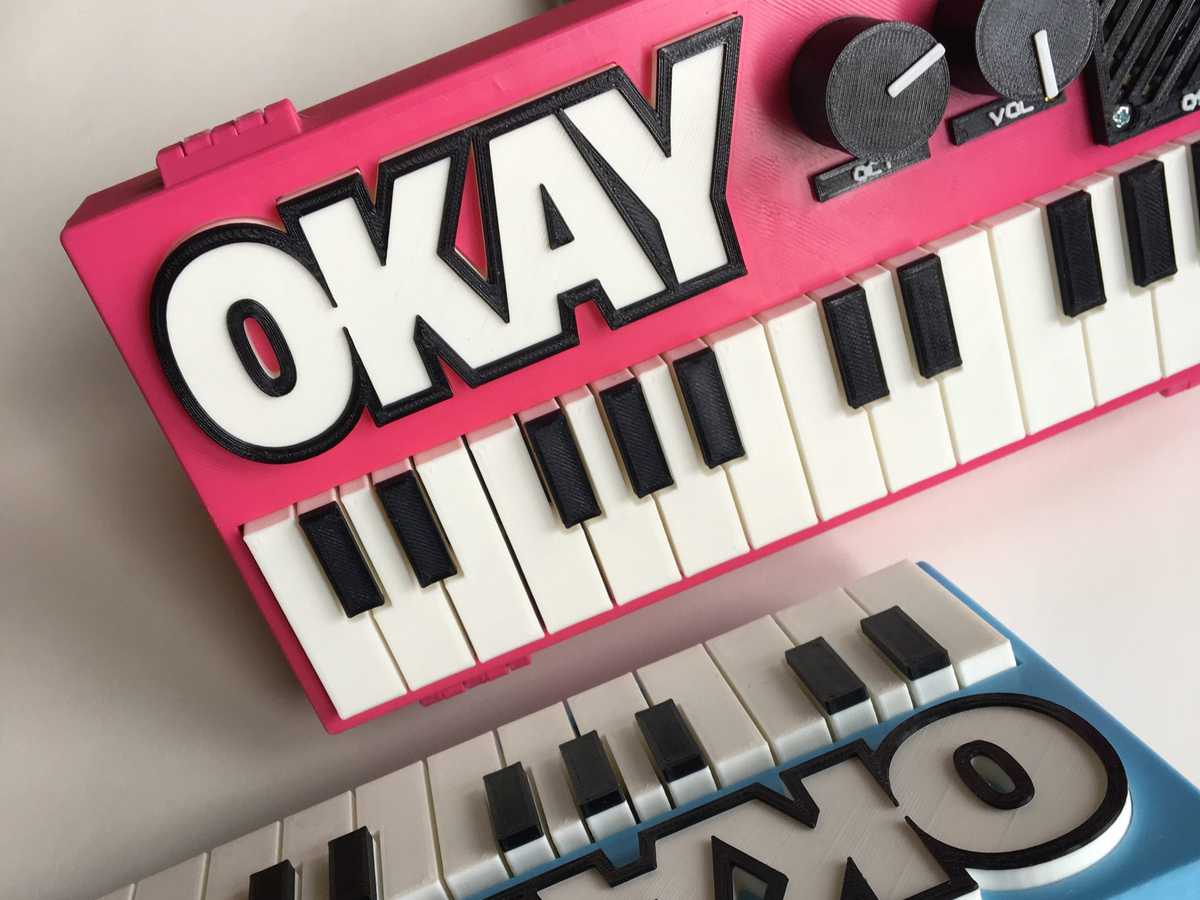