One of the problems with my F0 synth was its power indicator LED. It was so bright, you basically couldn’t look at it straight on without being blinded! 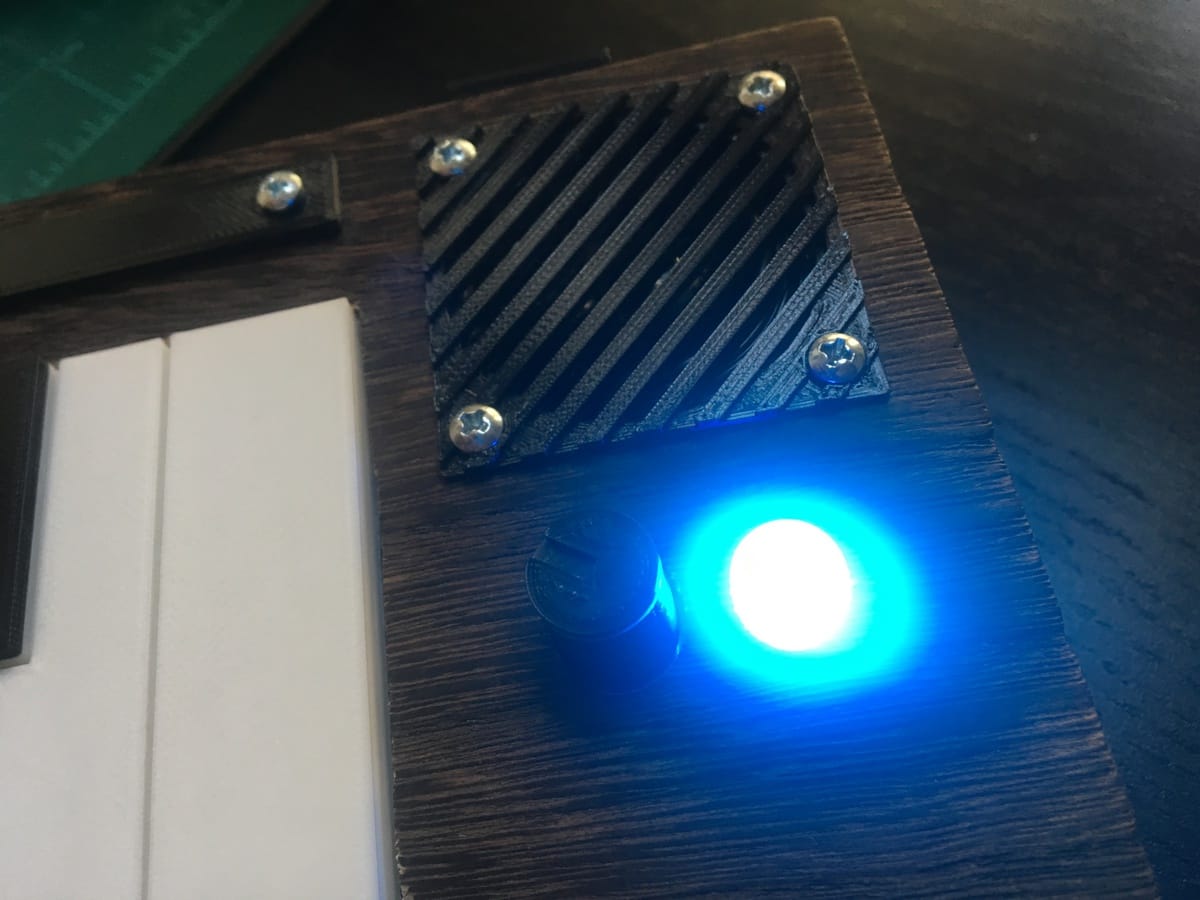 There are a couple solutions to an overly bright LED, the obvious being to limit its supplied voltage, but another idea is to use a light pipe: a component that redirects light from one place to another.

Additionally and importantly, it can act as a sort of lampshade, diffusing a concentrated bright bulb over a larger surface area.

But what are the ideal dimensions for something like that?

My light pipe test model is essentially a cube with a hole in the bottom, except:

The LED I’m using is a clear 5mm RGB LED, always positioned at the bottom of the cube, regardless of the cube’s height. 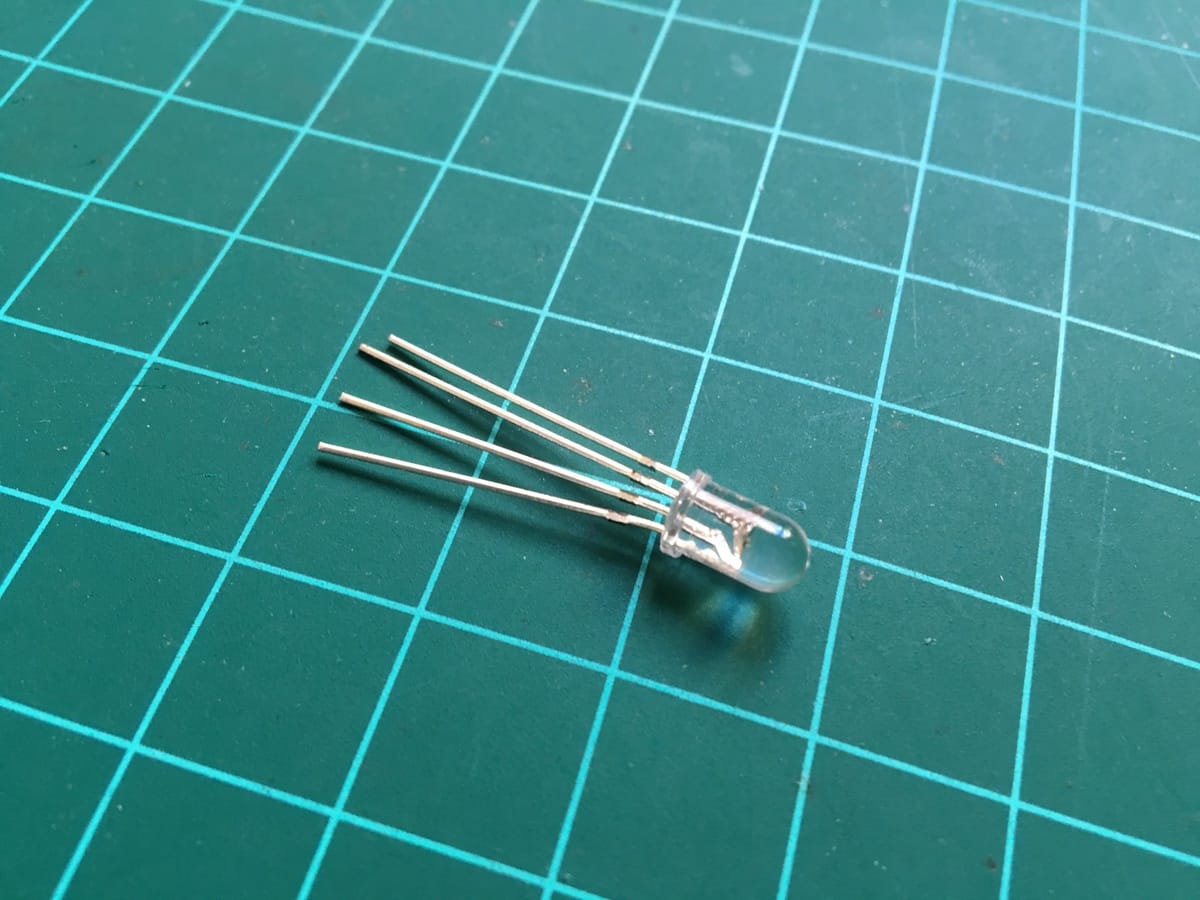 The LED measured 5mm wide by 8.7mm tall and each test model is a perfect cube with equal height/width/length, so it’s important to note that the top and side of each cube don’t have the same distance from the LED.

For easier testing, I let each cube touch its neighbor(s). This probably has some effect on light dispersion, but it’s got to be nominal.

Most 3D prints aren’t completely solid but instead have a kind of honeycomb internal pattern, called an infill, to increase print time and minimize waste.

However, initial fit tests at the default 20% infill cast visible (albeit interesting!) inner shadows on the print’s walls. Solidifying infill to 100% removed those shadows and made distribution more even.

The filament I’m using is 3D Solutech’s Natural Clear PLA, chosen for Amazon Prime availability and it being made in the US.

Hard to resist making a little sequencer with a 555 timer and 4017 decade counter: 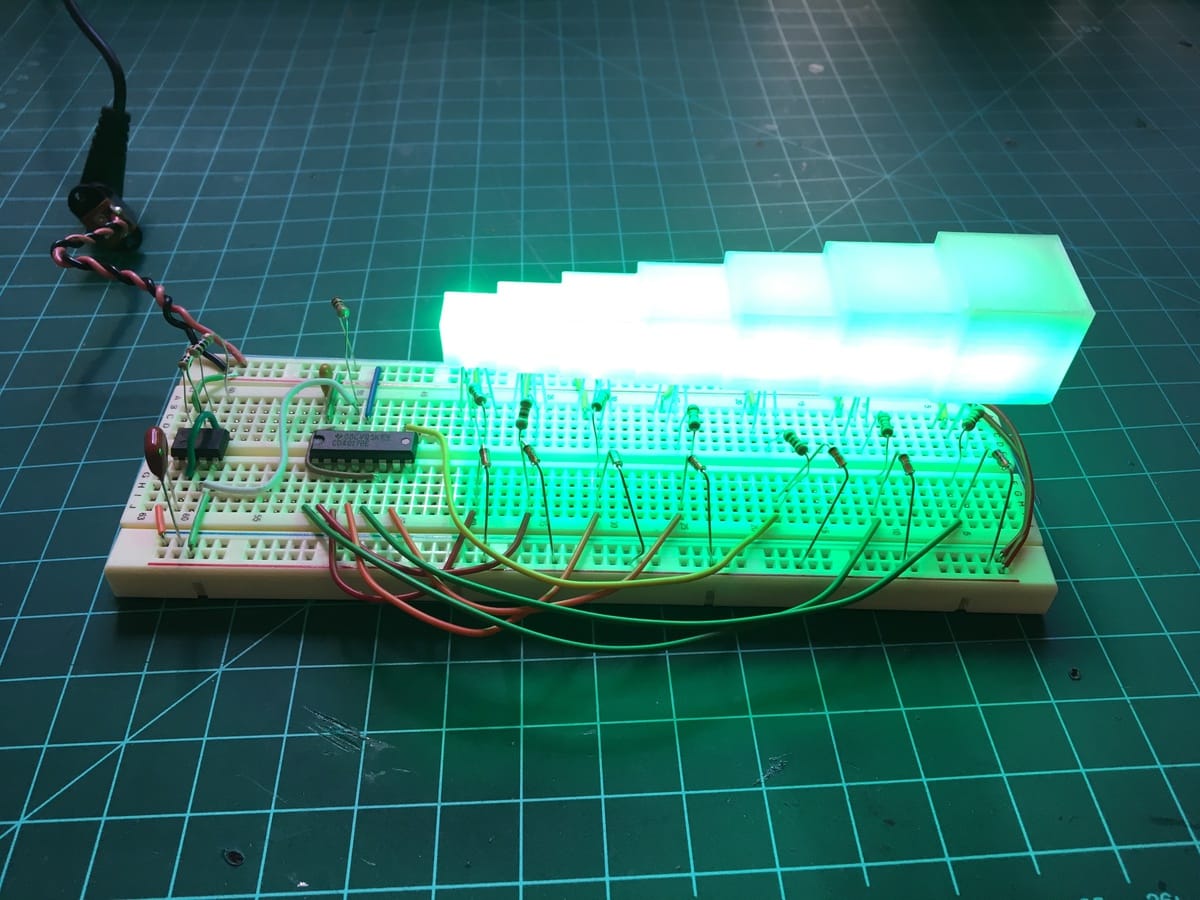 None of the cubes had perfectly even lighting. The third (13.7mm) through fifth (17.7) presented the fairest compromises.

Other circumstance-specific observations and takeaways:

Further reading abounds, as do other variables I could tweak in future tests:

But, for now, I feel like I know enough to be dangerous.